The Lakewood Club had its beginnings in 1944 when Perry Maxwell, designer of the Tulsa Southern Hills Country Club and site of the 2001 U.S. Open, brought his extraordinary skills to Lakewood, debuting 18 holes of golf, the first professional course to grace the area.

Joining 10 other locations (24 courses) as a proud member of the Robert Trent Jones Golf Trail in 2005 brought extensive renovations to the historic Lakewood Golf Club in Point Clear. Under the direction of the Robert Trent Jones Trail team, arguably the premier golf course architects in the world, 36 holes emerged, partaking of the natural topography, and offering genuine championship layouts designed to pose major tests of golf for years to come.

The Dogwood course renovation was completed in the Summer of 2018 and the Azalea course renovations are now complete after an 18-month transformation. Additional improvements were made while staying within the corridor of the original design; the Lakewood Club has returned with improved putting conditions, enhanced bunker play, and world-class updates centered on making the game fun and exciting for both beginner and advanced golfers. Throughout it all, the rich history of Lakewood remains – a celebration of the game, in all its glory. 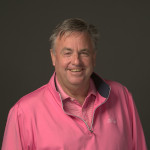 Niall was born in Alberta, Canada, and attended Michigan State University. He was hand-selected by Robert Trent Jones Senior to travel the world to design golf courses. His work with Robert Trent Jones Sr. had a strong and lasting influence on these prestigious clubs:

Most recently before joining the Grand Hotel, Niall was Head of Construction, while overseeing the planning and construction from start to finish. The 26 courses, a total of 468 holes, are at 11 locations across the state of Alabama. 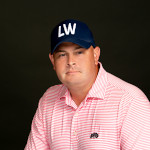 Born and raised in Alpharetta, Georgia, Ian developed a passion for golf at the age of 18 while working as a greens mower at a private club in Florida. Upon relocating to Fairhope in 2015 and joining the Grand Hotel team in 2017 as a Recreation Supervisor, Ian soon became the Supervisor of The Experience at The Lakewood Club and was then promoted to Golf Services Manager. A recipient of several customer service awards prior to joining the Grand Hotel, Ian was honored with the Grand’s Newcomer Award in 2017 and also Supervisor of the Quarter in 2019. Ian is Trackman certified and heads Lakewood’s club fitting program. For club fittings, email ian.patton@grand1847.com or call the Pro Shop at 251.990.6706. 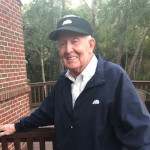 Born in Cleveland, Ohio, Jim’s storybook career for the “FAST” fifty-some years or more included an association with the famous John Jacobs golf schools throughout the United States and to more currently include several years here at Lakewood Club.

Notably, Jim instructed the international blind champion golfer “Charlie Boswell”. Bob Hope and Bear Bryant have been some of Jim’s celebrity playing partners at the annual Boswell Eye Foundation Charity Event. He has played other charity exhibitions with Gary Player, Bobby Nichols, and many famous golfers.

One of eight PGA professionals selected to play in Scotland, Jim considered it a privilege to tour and play with famous instructor Jack Lumpkin, Jon Gustin, a PGA Tour player, Birmingham Country Club professional, and Paul Bauman, an exceptional trick shot artist. Jim’s lessons have morphed into supervised practice these days. “A good student develops good practice habits. The instructor possessing patience and lifelong attention to detail makes for a good relationship!” Jim focuses on the natural ability one possesses.

Acknowledging course comradery greatly missed, his lessons these days are devoid of golf swings, yet he remains passionate to assist others with improving theirs.

Several Juniors have been awarded scholarships & moved on to study/play at the Universities of Illinois, Alabama, the University of Alabama at Birmingham, Rhodes College-Memphis, Oregon, Washington State, Birmingham Southern, and others.

A lifetime member of the PGA of America, Jim has made Golf Magazine's exclusive list of outstanding teaching professionals in the USA and Canada with articles in USA Today and Golf Digest.

TJ King was born and raised in Homestead, FL until moving to Ashford, AL in 2000. Upon graduating high school in 2003, he enlisted in the United States Marine Corps, Infantry, and served honorably from January 2004 until May 2008. He served in three combat tours, once to Afghanistan and twice to Iraq, receiving several individual and unit awards for his actions in combat.

In 2015, TJ and his business partner opened their own indoor golf facility in Buckhead, GA called Swing Pros Atlanta. After a successful start, he sold his portion of the business and returned to Dothan, AL where he was hired and subsequently promoted to Head Golf Professional by the Robert Trent Jones Golf Trail at Highland Oaks. During his tenure at Highland Oaks, TJ offered customized individual and/or group lessons, playing lessons, club fittings, and mental game coaching. TJ was elected to full PGA Membership in March 2021.

With a passion for growing the game, TJ developed several different junior golf programs working with over 120 junior golfers throughout the year. He also established the PGA Jr League at Highland Oaks where his 17u team won the All-Star Regional Championship in 2021. With such a large junior golf following, TJ began utilizing the US Kids Golf Player Pathway Program. Most recently he was honored with a Top 50 US Kids Golf Coach award for 2021.

The USGA announced that The Lakewood Club, will be the host site of the 59th U.S. Senior Women’s Amateur Championship. The championship is scheduled for September 10-15, 2021.

The championship will be played on the club’s Dogwood Course, which was designed by Perry Maxwell in 1947 and meanders through dogwoods, magnolias and ancient oaks. In addition to the Dogwood Course, the 36-hole facility features the Azalea Course.